This week, Dr. Jennifer Allen and I (Cameron Sinclair) discuss The Madness of King George (1994). Covering the late 18th century illness of King George III of England, the film touches on themes of mental illness, the medical profession, the balance of power between the King and Parliament, and royal family dynamics. Starring Nigel Hawthorne as King George III, Helen Mirren as Queen Charlotte, Rupert Everett as George IV, Ian Holm as Dr. Francis Willis, and other British actors. How well does the film depict this bizarre/tragic episode of British royal history? How horrifying were the “treatments” for physical and mental illnesses in the late 18th century? And as Americans, why should we even care about the George III? The ghost of George Washington may be disappointed by our sympathy… 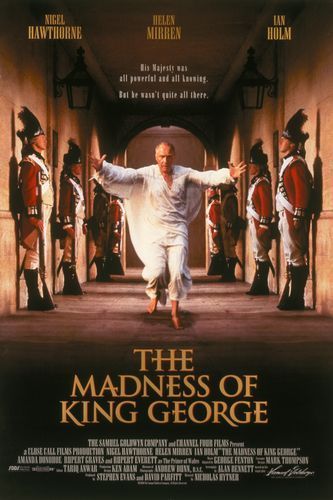 On the next podcast – Lewis & Clark and Manifest Destiny (Image Comics, 2014)