This week, Brad Folsom and I (Cameron Sinclair) are joined by Ahad Hayaud-Din to discuss the 2007 film Charlie Wilson’s War. This film tells the story of a congressmen from Texas, who, along with a conservative Houston socialite and a CIA agent, pushed the United States to get more involved in helping Afghanistan stop the Soviet invasion.  US involvement in that war is credited with helping escalate the collapse of the Soviet Union, but it also laid the seeds for the American invasion of Afghanistan in 2002. In this podcast, we’ll discuss the Soviet Invasion, refugee crises, war crimes, radical Islam, backroom politics, the US invasion of Afghanistan, and Brad’s concern for what Russian soldiers do in their downtime. 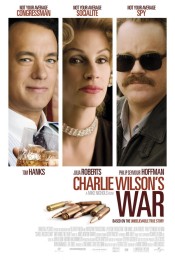 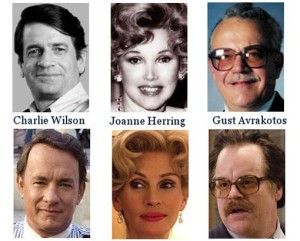 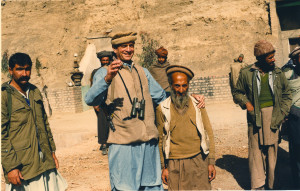 Intro music from this episode:
“Move/Stay” from Holy Weather by Civil Twilight – civiltwilightband.com